"An écorché is a figure drawn, painted, or sculpted showing the muscles of the body without skin, normally as a figure study for a work, or as an exercise in training." Oxford Dictionary.

Images from June 2014 to June 2015 continuing from Body Modification. The theme of prosthetics remains relevant, but moves forward to consider that the need/use of artificial parts is less suggestive of something lost and more suggestive of a physical advancement of the human condition.
A question arises: How can the bio-mechanical be described visually without using cliché interpretations? The pictures here represent a definite journey towards this end.

Works in pencils, pen and ink and acrylics.
Back 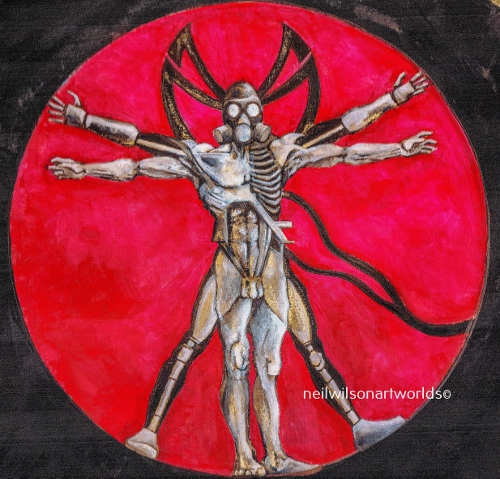