Continuing on from Gallery 7, these are further abstract works in series generated from digital manipulations of found images and digital elements combined into collages.

the criteria remains focused on energy, movement, shape, colour and texture, and the images shown here the represent the progression of the experimental process.

The spiral is present in some works, in others the motif has become the circle.

Once again, the titles are series specific, derived from the feeling of the end-resulting images themselves.

Untitled, (Solar Flare 1-4): In Astronomy, A solar flare is described as "A brief eruption of intense high-energy radiation from the sun's surface, associated with sunspots and causing radio and magnetic disturbances on the earth".
Oxford Dictionary.

Untitled, (Melange 1-12): Inspired by “The Spice Melange” derived from Frank Herbert’s “Dune” novels, (1965-85.) Herbert describes this as a naturally occurring substance which when consumed in narcotic form provides consciousness-expanding abilities for the user. The Spice Melange is essential for space travel as it allows the ship's navigator to pre-emptively perceive all possible phenomena affecting an interstellar journey, enabling them to plot efficient routes over vast distances. This very specific prescience is referred to as “Folding space”.
The Spice is most often swallowed as a pill or inhaled in the form of an orange-coloured gas.

Untitled, (Threshold 1-5): In this instance the title refers to "A point of entry or beginning".
Oxford Dictionary

Untitled, (Sunspot 1-11): Sunspots are temporary dark patches which appear on the surface of a star. They are described as "Regions of lower surface temperature and are believed to form where loops in the sun's magnetic field intersect the surface."
Oxford Dictionary

Untitled, (Asterism 1-9): In Astronomy this term refers to a prominent pattern or group of stars that is smaller than a constellation.

Untitled, (Echo Chamber 1-3): These images suggest sound to me, perhaps the capturing of noise or vibration in a visual form. The series name is derived from an enclosed space where sound reverberates.

Untitled, (Hot Mess 1-3): The title refers to a situation "When ones thoughts or appearance are in a state of disarray but they maintain an undeniable attractiveness or beauty".
Urban Dictionary.com
Back 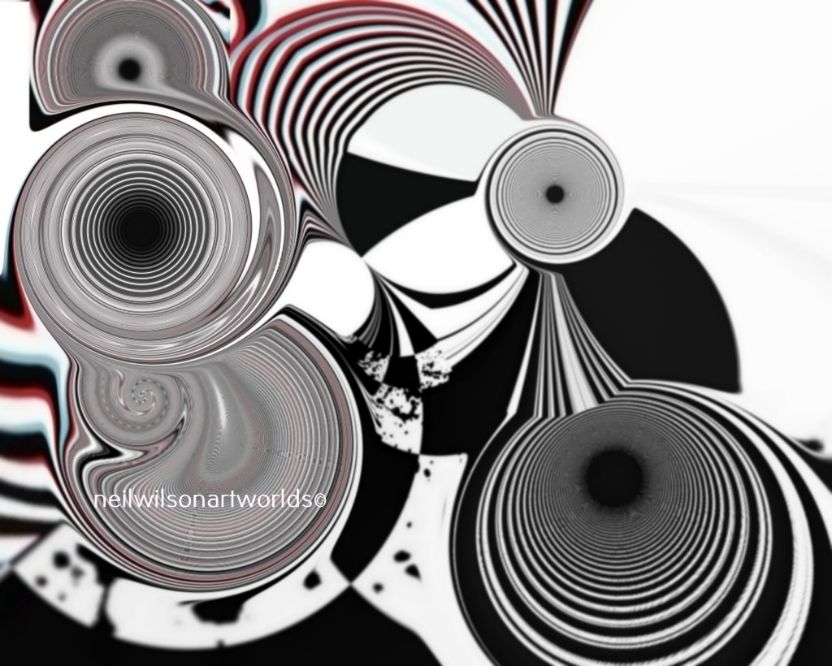