Further explorations into abstraction, these are works in series formed (for the most part), from digital experiments combined into collages.

the criteria stays focused on energy, movement, shape, colour and texture, and the images shown here represent the continuation of the process, this time with more reference towards complimentary colour schemes and like tonal combinations.

The spiral and circle motifs are still relevant, and have become part of a personal language of signs and symbols.

As has become part of the process, the titles are series specific, interpreted from the feeling of the end-resulting images themselves.

Arc of Europa 01-03: A reference to Jupiter's moon Europa, the sixth-closest to the planet which is recognised as having a bright, ice-covered surface.

Red Shift 01-07: Derived from cosmology as a means of judging distance between astral bodies in the vastness of space: "The displacement of spectral lines towards longer wavelengths (the red end of the spectrum) in radiation from distant galaxies and celestial objects. This is interpreted as a Doppler shift that is proportional to the velocity of recession and thus to distance."
www.dictionary.com

Wormhole 01-03: "a theoretical passageway in space between a black hole and a white hole."
www.dictionary.com

Schism 01-04: "The act or process of a whole separating into two or more parts or pieces."
merriam-webster.com

Vaporwave 01-04: "Vaporwave is a subgenre of electronic music which features heavy sampling and editing, surreal and futuristic themes, and 1980s and 1990s imagery, musical styles, and consumer culture." www.dictionary.com.
Vaporwave visual art places a strong emphasis on shades of the colours of purple and red, often contrasting these with black, white, greens and blues.
Back 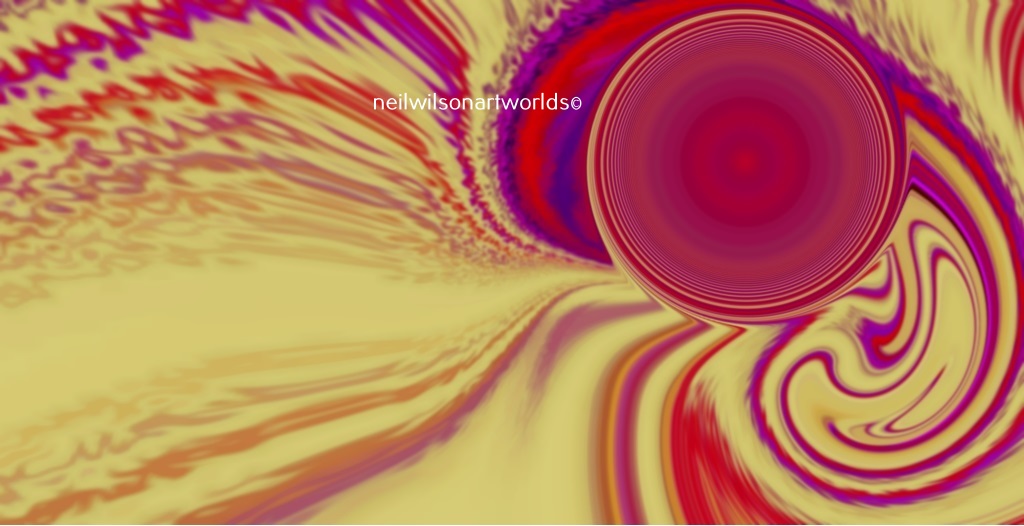